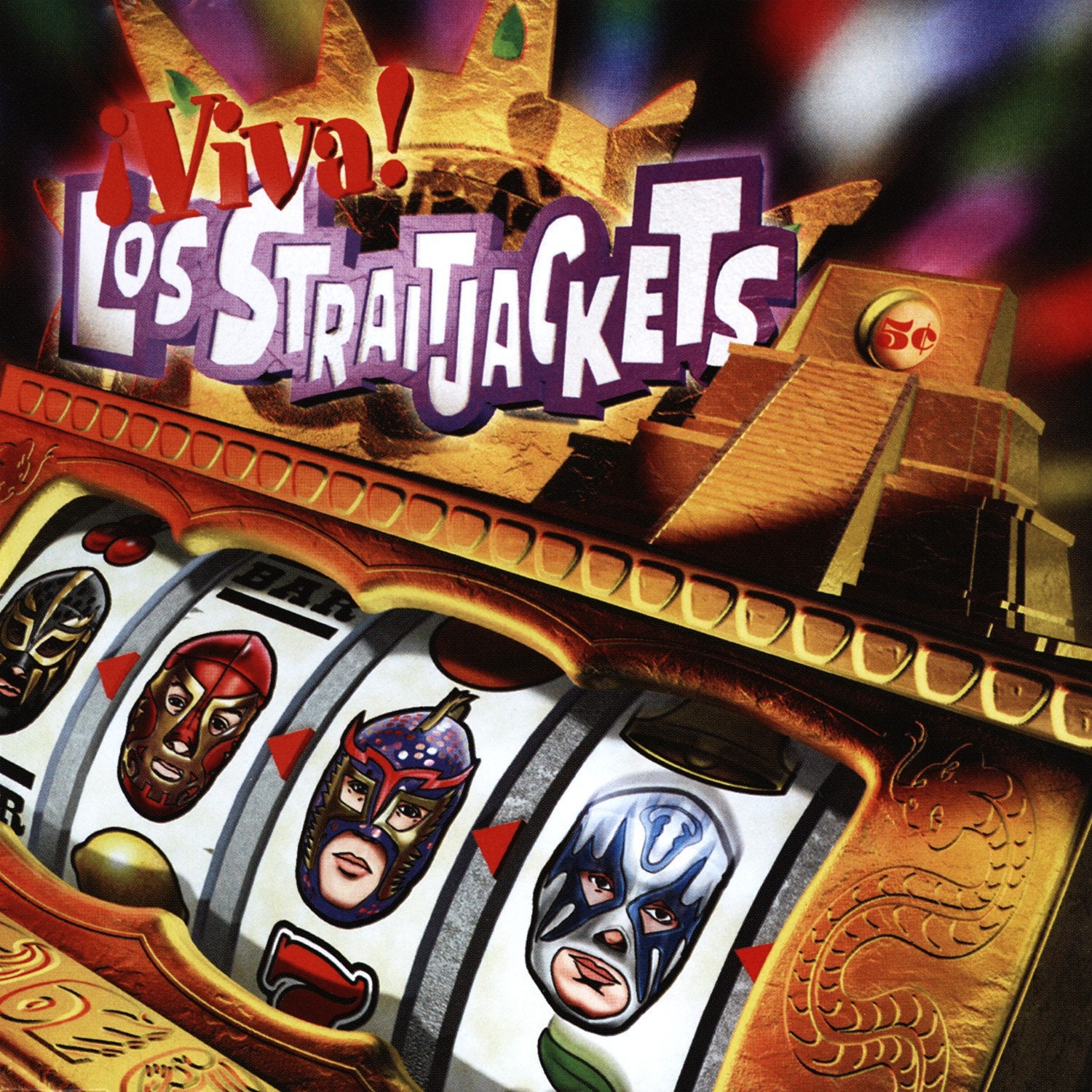 As Los Straitjackets approach their 25th anniversary, Yep Roc is happy to reissue their long out-of-print album, ¡Viva! Los Straitjackets. The album features some of Los Straitjackets biggest hits, including "Pacifica" and "The Casbah," both of which remain staples of the band's live set today. AllMusic declared it the best guitar-based instrumental album of the year, saying "The Shadows/Ventures of the '90s arrive as a quarter in Mexican wrestling masks, burgundy turtlenecks, black jeans, black Converse and bedecked in silver sun pendants."