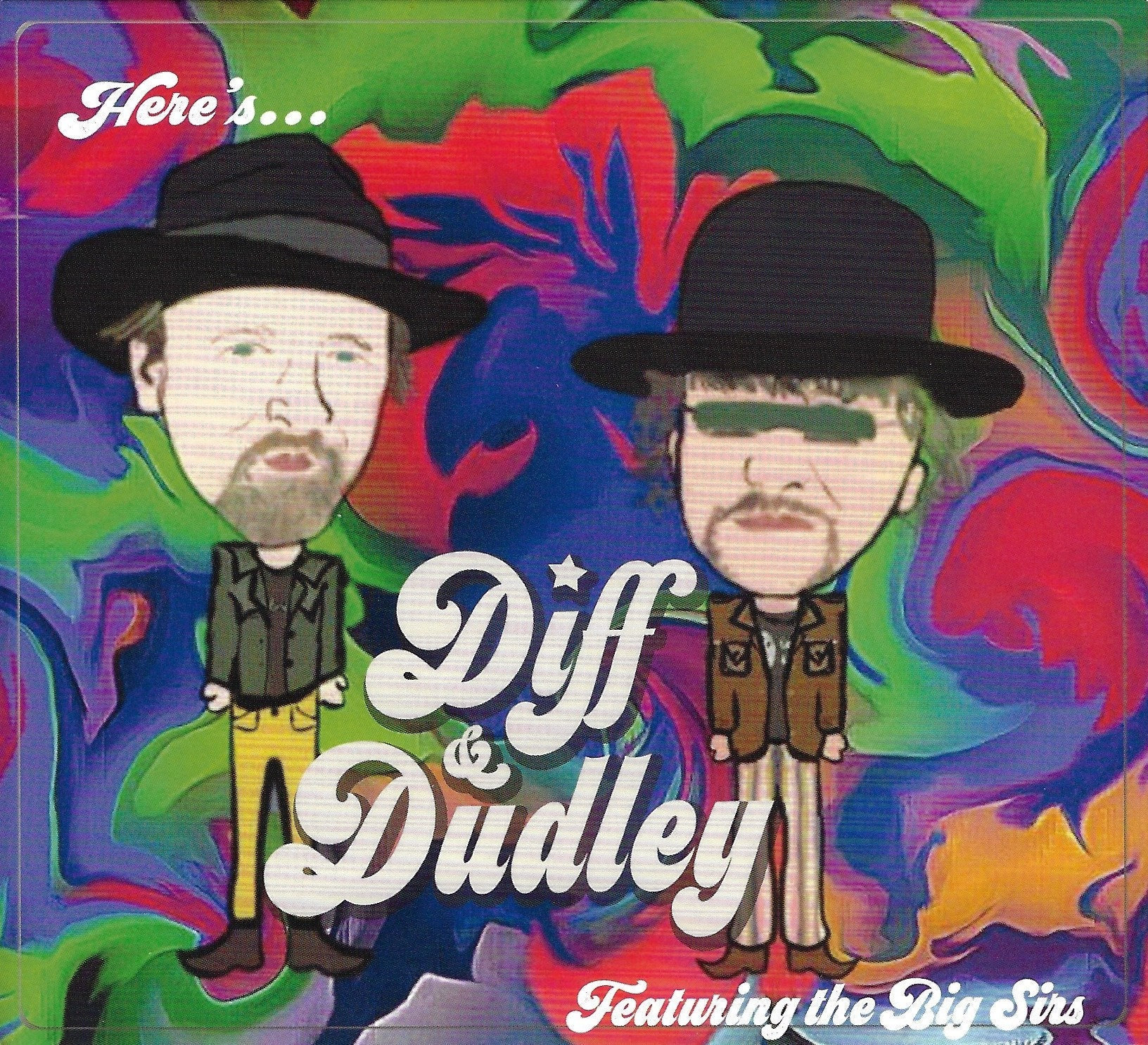 Veteran West Michigan musicians, longtime pals and former bandmates Jack Leaver (aka Diff) and Mitch Wood (aka Dudley) share a simmering passion for vintage country music, what the duo calls "the good stuff." Known regionally for their stint playing and recording in the late '80s and early '90s with alt-country outfit The Dushanes, and Wood's subsequent tenure with Dutch Henry, the duo had long desired to make a hardcore country album, complete with rollicking humor, drinking songs, and the pathos that can occur with everyday life.

With the release of its debut album "Here's Diff & Dudley featuring The Big Sirs," the duo accomplished just that, with a 12-track outing, that reverently recalls country music of the '50s, '60s and '70s. Sharing vocal duties, Diff and Dudley wrote the bulk of the songs together, with three of them cowritten with Robert Reynolds, a founding member of the Grammy winning group The Mavericks. Produced and recorded by Tommy Schichtel (Concussions, B-Sides, Fuzzrites ) at his all-analog Goon Lagoon Studios in Grand Rapids, "Here's Diff & Dudley" captures the rawness and organic spontaneity of early country recordings, evidenced in the Jones-abilly romp 'Don't Wake Daddy," and the plaintive, Haggard-esque 'Travelin' Kind.' The Big Sirs -- comprised of some of the best country musicians in the Big Mitten -- provide spirited and authentic backing to the tracks, including plenty of pedal steel guitar, honky tonk piano and Tex Mex style accordian.