The Neanderthals "The Latest Menace to the Human Race" CD 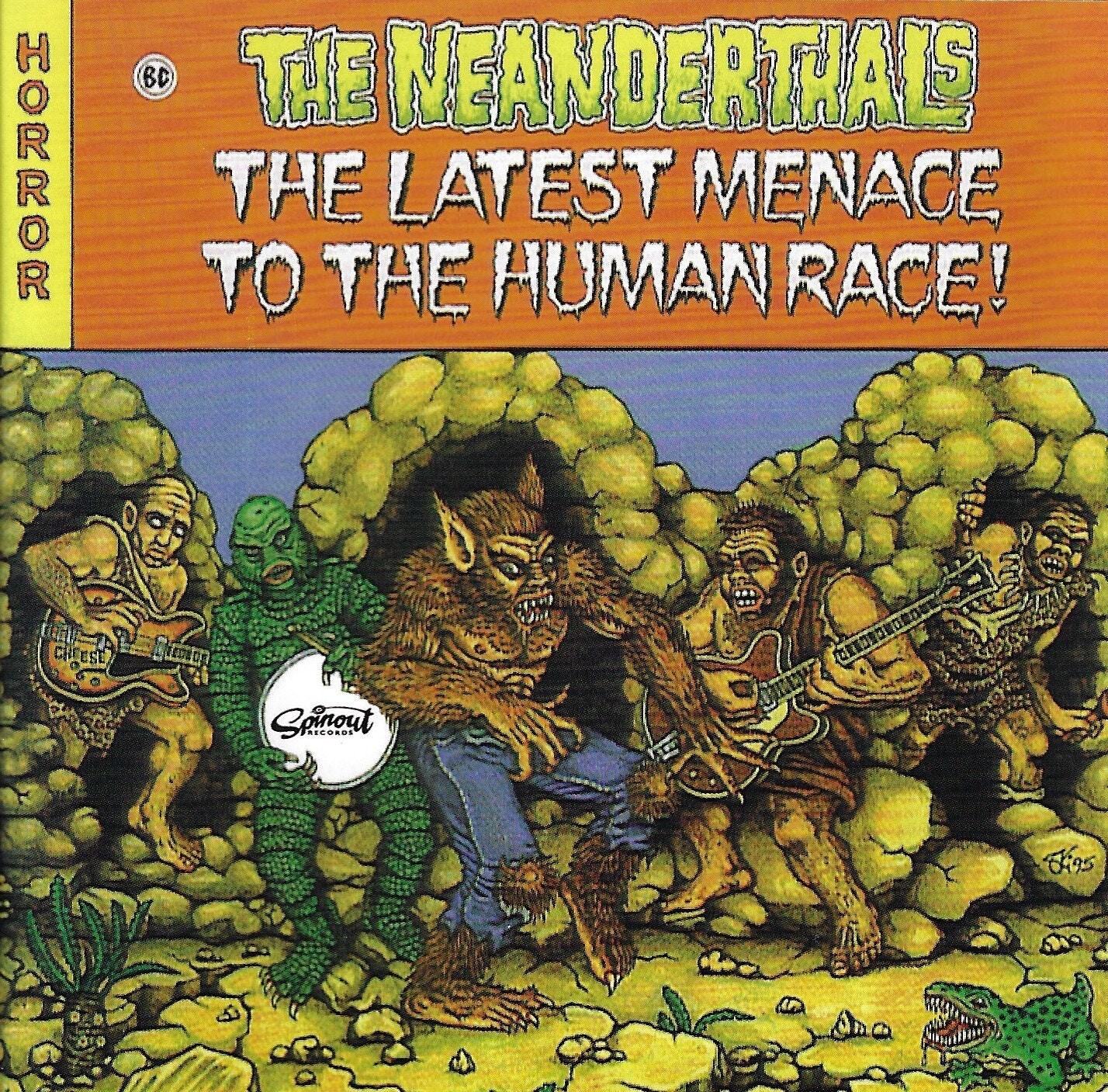 Recorded in 1994 at the now legendary studios in London, this classic Neanderthal album has been re-issued by Spinout Records. The Neanderthals take their influences from 60's garage-frat rockers like The Sonics and The Trashmen along with Link Wray. Producer Liam Watson later went on to fame for producing The White Stripes smash album "Elephant". Eddie Angel (Los Straitjackets) plays guitar and penned many of the songs. Boz Boorer (Morrissey's guitarist) blows mean Rock'n'Roll sax.