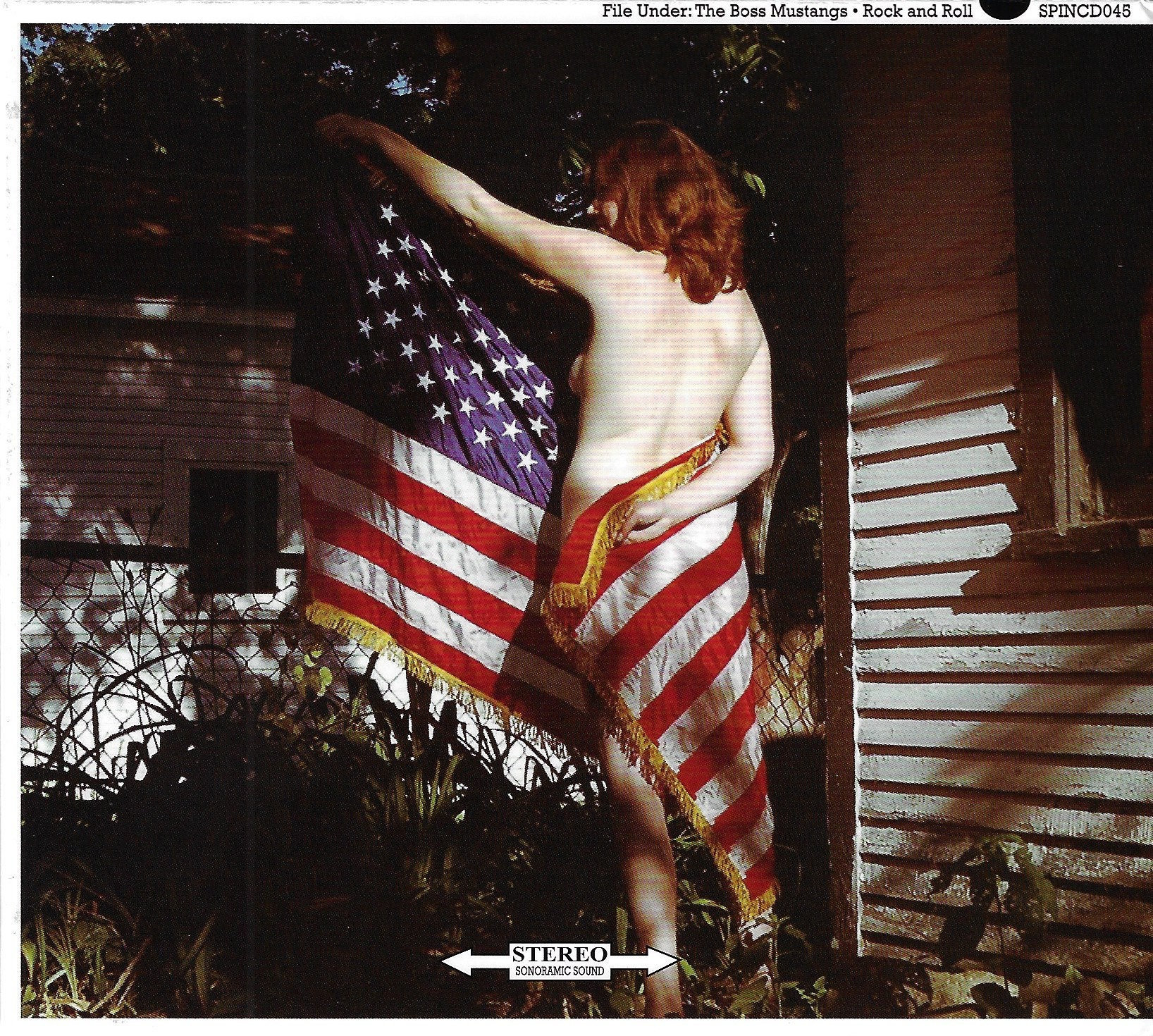 Recorded at the incredibly analog Goon Lagoon Recorders, this debut album by The Boss Mustangs is proof positive that Rock is NOT Dead! Sounding like a throwback soundtrack to a 1968 Motor City Dragway short film, there's no mistaking the band's understanding of stripped down, raw, PowerGarage RocknRoll. All five lads hail from various enclaves of The World's Motor Capital, and recorded these cuts this past February. The kickoff is Turn On, a potboiler that was penned by guitarist and founder Mickey Catalina. A stomping, driving old school rock song, the riff is as sexy and hooky as it gets. Dan Cadillac belts out a scream to kick off the disc that absolutely sends shivers! The record continues with an unrelenting drive and pace, following a pattern of high energy and dynamics coupled with tempo, timbre, and tone variations that keep the record coherent and consistent while being deliciously different from cut to cut. Solid! Another highlight is Mrs. McKee, an all meat no filler sexy swaggery tune, also written by Mr. Catalina. The feel of this song is that of a post '67 riot Detroit night, on your way the Grande Ballroom, with Rob Tyner at the wheel. Vintage Motor City vibe all the way. The album closes with White Rose, THE most authentic psychedelic song put to tape in 45 years. Drenchy reverb, Leslied vocals, organ, et. al. There's nary a soul that's heard this track and thought it was recorded any later than November of 1967! In fact, all ten of the songs on this record nail the sounds of the heavier pre and post psychedelic era Detroit and London so well, it could fool most program directors at any rock station! An ageless LP for the ages to be sure. PLAY LOUD! - Johnny Hiwatt

File under: Rock and Roll/Garage Rock