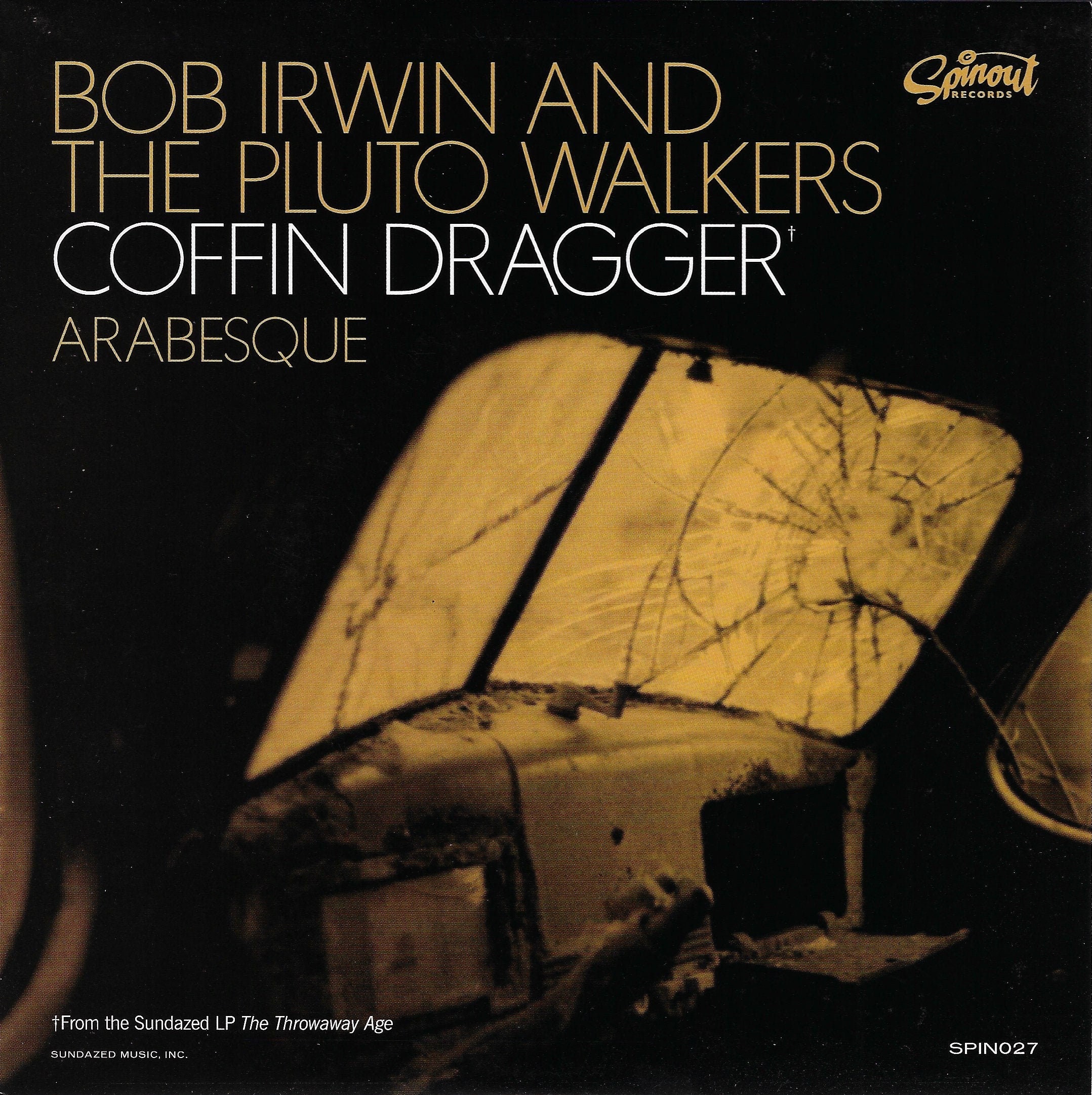 ON COLORED VINYL! Think the true spirit and sound of the '60s exists only in the ring-worn covers and greyed out grooves of your discs from 1967?!? “Coffin Dragger” the second single by Bob Irwin and the Pluto Walkers, will change and blow your mind! Specially selected from the musicians' new full-length album, The Throwaway Age, this disc is as perfect an encapsulation of a lost era as you will find a stomping, fuzztone–infected tribute to the legendary biker film soundtracks of decades past, recorded with the same kinds of techniques and energy as the much–coveted originals... “Arabesque” is an audio voyage into a kind of other world where Henry Mancini and Chocolate Watch Band might've made magic music together in a garage, combining a brilliant melody with a snarling, complex and distorted arrangement, prominently featuring layers of fuzz and a vintage Ace Tone Top–5 keyboard. This performance, a cover of a rare Ventures B-side, was conceived during sessions for a rarities-based tribute album to the group, and is available only on this 45. Both sides of this single were recorded with the nearly forgotten artistry of true 1960s mic'ing and placement, and mixed to authentic monophonic sound. Slide it onto your changer somewhere between your Arrows and Zakary Thaks singles you will not be disappointed... Fuzzboxes set to stun! (Sundazed)

Side A: Coffin Dragger
Side B: Arabesque Age