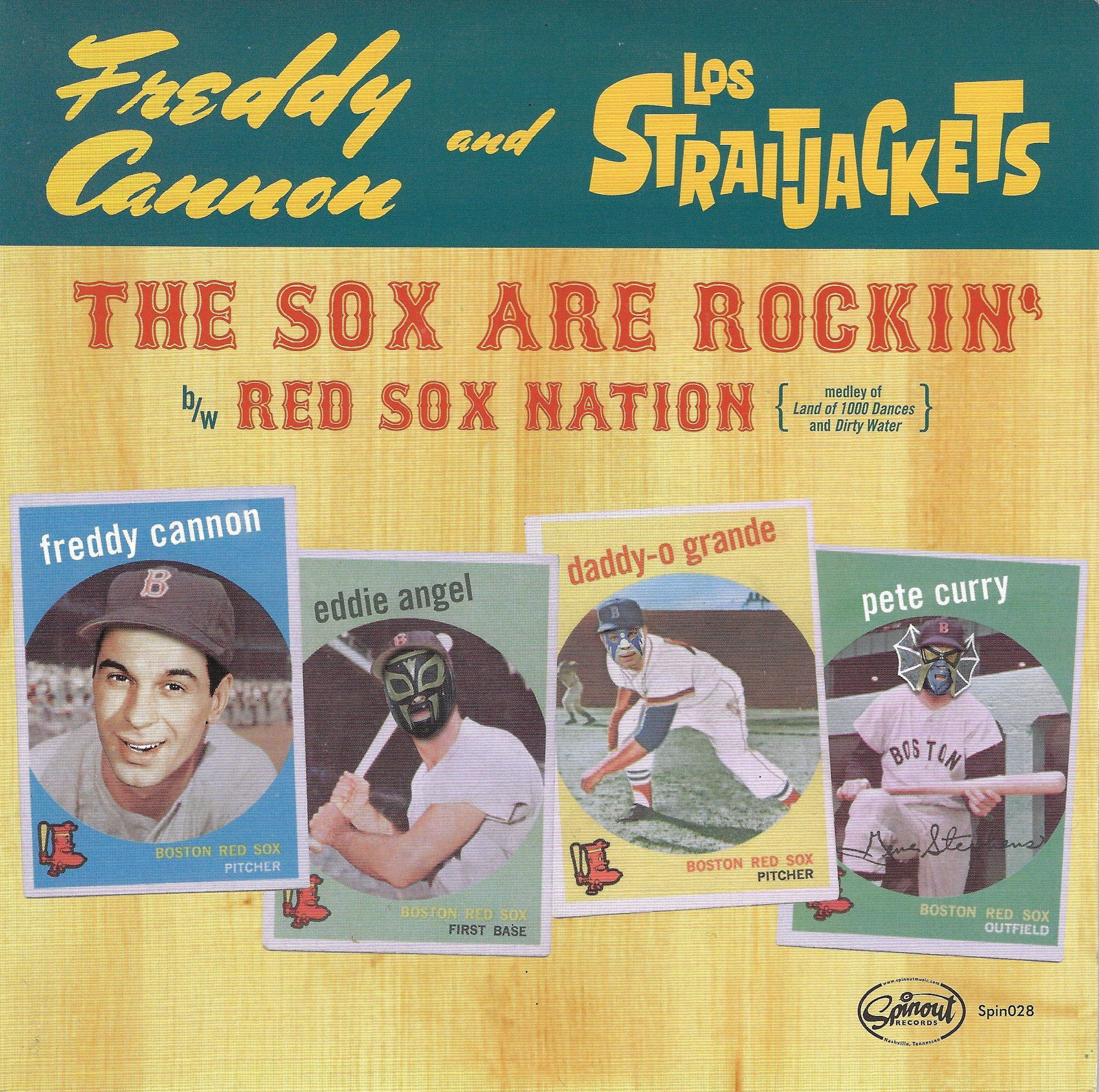 Rock and roll pioneer Freddy Cannon and Los Straijackets met when Freddy saw the band play their Rock En Espanol version of his signature song ï¿½Tallahassee Lassieï¿½ and Freddy emailed his appreciation. A few years later they joined forces to cut this two sided slab of rock 'n' baseball vinyl. Side A is new anthem penned by the 99ers' Stephen Brookfield entitled "The Sox Are Rockin'" and side B "Red Sox Nation" combines rock 'n' roll classics "Land of 1000 Dances" with "Dirty Water" with new lyrics that will be sure to have the Fenway Faithful singingalong this season.

Side A: The Sox Are Rockin'
Side B: Red Sox Nation