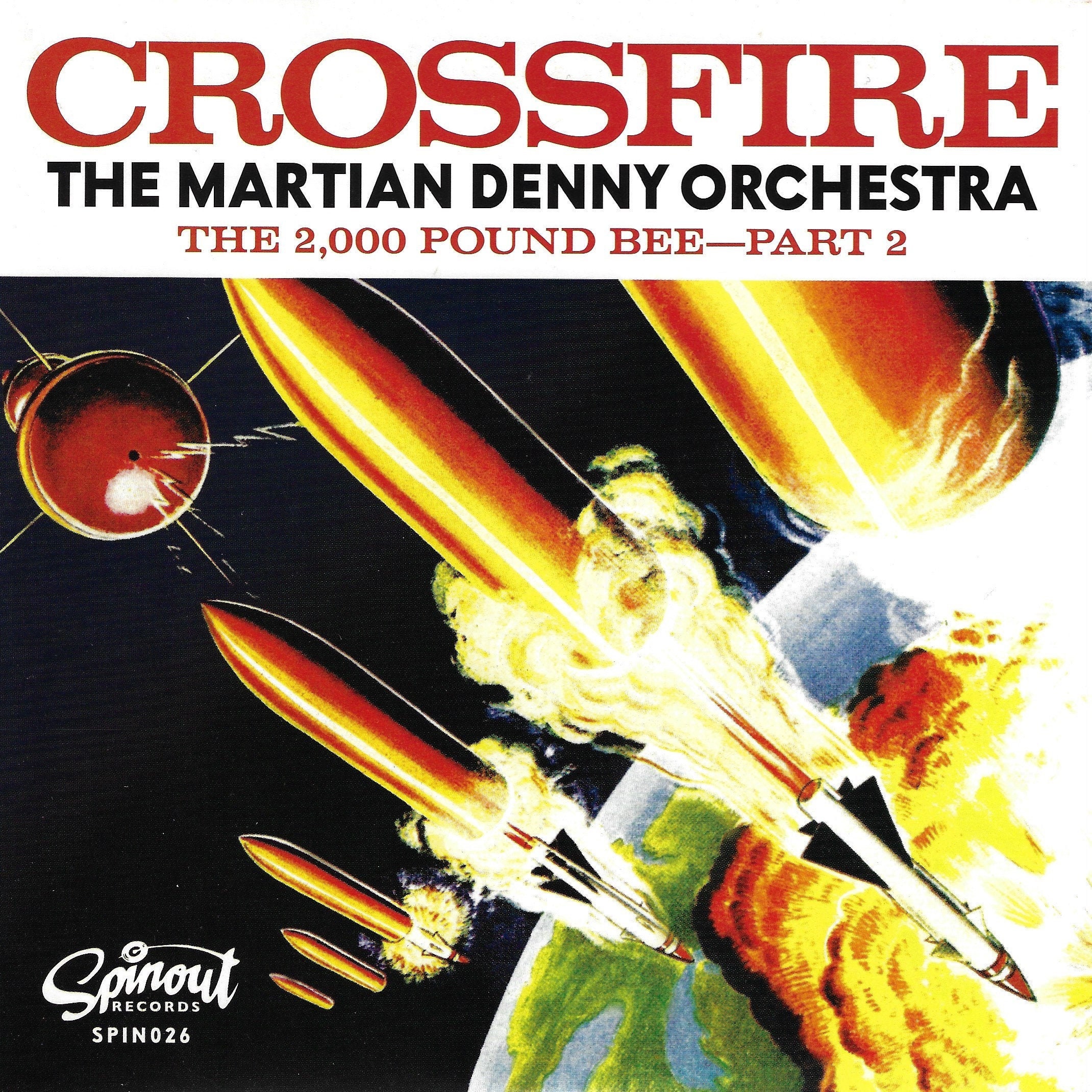 The Martian Denny Orchestra hail from a planet where every TV program is brought to you in living color, the number one movie at the box office is The Horror of Party Beach and five of the ten top albums are by the Ventures, Santo & Johnny, Link Wray, Billy Mure and the Spotnicks. They've landed in Nashville, and have begun unleashing their brand of dazzling atomic instrumentals upon an unsuspecting public. Guitarist Eddie Angel shakes up the world of indie-rock with Los Straitjackets and the Planet Rockers. Guitarist Bob Irwin, the man behind famed reissue label Sundazed Music, is the fretboard whiz of New York’s Pluto Walkers. Dave Roe played bass for Johnny Cash and works the same magic for John Mellencamp and many others. Jim Hoke plays steel guitar and woodwinds for NRBQ, Toby Keith and others. The rock-solid beat comes courtesy of the mighty Jimmy Lester, the original skinsman of Los Straitjackets and now with Webb Wilder’s honky tonk hellions. The M.D.O. has only one M.O., and that's to get the Action Set stomping to a twangy beat—one that would make Duane Eddy proud!!