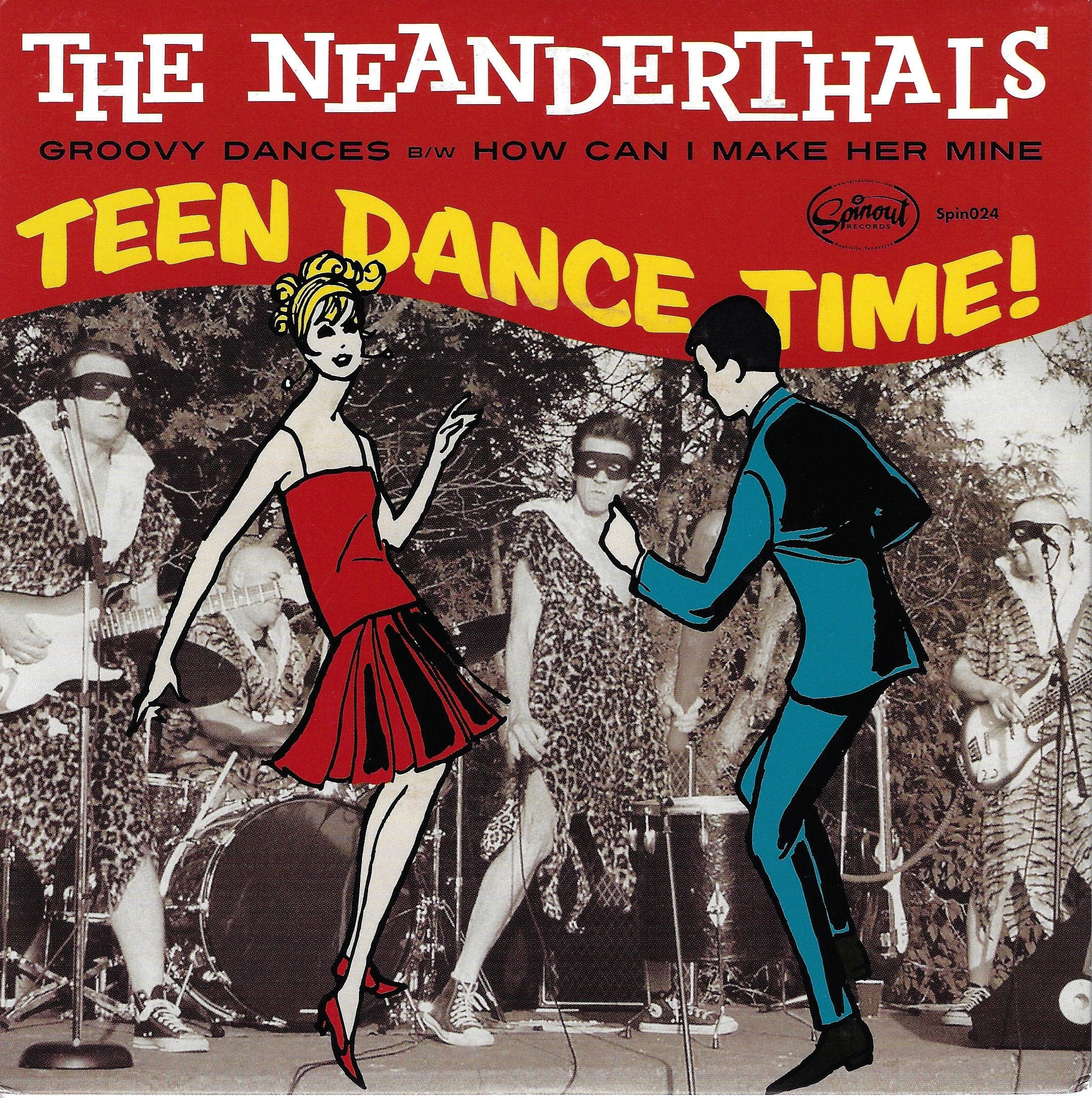 Hailing from a Paleolithic-era settlement near Albany, NY—Johnny Rabb and Eddie Angel's fur-clad primitivism has been delighting Homo Sapiens (and Cro-Magnons) for epochs. Historians are rethinking which was invented first—the wheel, or the electric guitar—after discovering these Stone Cylinder recordings. Anticipating the sounds of Link Wray and the Kingsmen, the Neanderthals certainly predate the invention of the garage, and can only be described as the world's only cave-rock band. Here they offer up two raunchy, wild dance songs that were no doubt part of some ritualistic dance party. These songs will definitely get you doing the Twist, whether or not you have opposable thumbs. The Neanderthals have headlined concert halls and beer joints around the world...Australia, Spain, Italy, France, Czech Republic, Germany, England and Troy, NY...their philosophy has remained the same: rock 'n' roll should always aspire to be as fun as "Louie Louie," as raw as "Rumble" and as meaningful as "Surfin' Bird!"

Side A: Groovy Dances
Side B: How Can I Make Her Mine